Traditionally, Burns Night ,which takes place on 25 January, celebrates the life and work of the poet Robert Burns. With Covid restrictions in place, the usual gatherings full of poetry, revelry and haggis will have to be curtailed, but it is still a convenient excuse to drink whisky on a weeknight.

Whisky is, of course, more than just a drink: it is an ingredient, and a versatile one at that. A lot of people would tell you whisky should never be mixed with anything but water, but they probably don’t buy the kind of whisky I buy. I am happy as long as it meets the basic legal requirements allowing them to put the word “whisky” on the label, right under the word Sainsbury’s.

Whisky cocktails are not as common as those made with gin, vodka or rum, but mixologists around the world are working tirelessly to invent new ones. The Wise Desire from Yann Bouvignies, the head bartender at Scarfes Bar in London, is a good example, although it requires considerable investment from the first-time whisky cocktail-maker. Not only will you need to buy “good” scotch, you will also need to purchase dry white port and orgeat almond syrup, as well as sourcing a jar of bourbon cherries. If you’re well-stocked enough to have all this stuff to hand, the rest is easy: stir together, pour over ice and serve with a twist of lemon peel.

If your drinks cabinet is looking a bit threadbare, try the weirdly named (and still more weirdly conceived) Must Skye Remind You from Hawksmoor Spitalfields bar manager Ali Reynolds. Apart from the whisky, you will probably have everything you need in your kitchen already: sugar, lemon, fizzy water and English mustard. To be honest, I didn’t expect a cocktail with a dollop of mustard in it to be in any way drinkable, but it’s delicious. I promise.

Another problem facing whisky cocktail enthusiasts in late January is that most of the classic formulations are made with either bourbon or rye. We must choose between two different forms of sacrilege: to drink American whiskey on or near Burns Night, or to make a whiskey sour with scotch. I opted for scotch, and I’m here to tell that the difference is negligible once you’ve had two.

This bastardisation presents an additional headache for subeditors because American – and Irish – whiskey is spelled with an e, while Scottish – and Canadian – whisky comes without. So what I am proposing is a whisky sour instead of a whiskey sour. Just follow Jamie Oliver’s recipe, reckoning with half an egg white per person and replace the bourbon with supermarket own-brand whisky. Tell anyone who asks, I said it was OK because of the pandemic.

Likewise, you might also treat yourself to a Scottish old fashioned, using Felicity Cloake’s recipe and a little lockdown licence. Cloake does not encourage this – she favours bourbon – although she mentions that it was once acceptable to use Canadian whisky in an old fashioned, probably because Prohibition had halted bourbon production. The times we find ourselves in call for a similar expediency.

On the subject of the hot toddy – which is more medicine than cocktail anyway – Cloake is less strict: scotch, Irish or bourbon; anything robust enough to stand up to ginger, lemon, cinnamon, honey and heat. Incidentally, there is such a thing as an iced toddy if you fancy it.

Whisky has its uses in the kitchen beyond a glass to drink while cooking. You can, for example, use it to cure a side of salmon, as James Martin does here, to be served with homemade blinis and beetroot, and whatever whisky you’ve got left after tipping 100ml of it over a fish. But plan ahead: the curing takes 12 hours. Tom Kerridge uses whisky for his pulled beef brisket in a barbecue sauce, which also includes ketchup, cola, brown sugar and the oddly specific cabernet sauvignon vinegar.

Yotam Ottolenghi adds whisky to a blueberry and juniper jam that effectively turns the spirit into a breakfast ingredient. Colman Andrews’ lamb’s liver with whiskey cream sauce calls for Irish whiskey (the recipe comes from Tipperary), which, for some reason, I only ever buy in airports, so I’m fresh out. I’m going to suggest scotch whisky will serve while taking zero responsibility for the outcome.

Whisky features in a wide array of puddings, including the Burns Night staple cranachan. Tipsy Laird is a similar but more complicated affair – a Scottish trifle. Tomasina Miers’ sticky whisky marmalade brioche pudding is a jazzier form of bread pudding, and just qualifies as a whisky recipe by virtue of the two tablespoons included.

By contrast, Dan Lepard’s malt whisky ginger cake is described as “whisky soaked”, which here is used to mean “contains 75ml”. Meanwhile, Ruby Tandoh’s whisky-glazed parkin is perfect for those afternoons when you fancy something a bit heavy.

Finally, not one but two recipes for whisky ice-cream. The first, from Henrietta Clancy, is simple enough – you don’t need a machine or anything – although it contains barley malt syrup, which I had never heard of and had to look up. It is used for brewing beer, and is pretty widely available in health shops.

The second one is from reader Thom Eagle. This whisky and oat praline ice-cream is what he serves as a Burns Night dessert. “A fine, boozy end to a fine, boozy meal,” he says. I’d be happy eating it alone the next morning, to be honest. 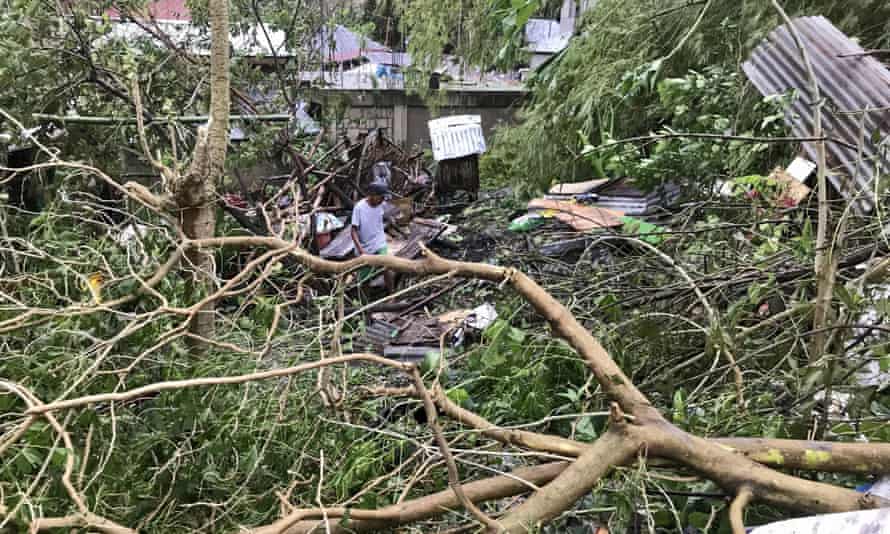 Storm Rai: not less than 18 killed in Philippines as clear up begins | Philippines