Asa Butterfield, 23, was born in London and started his acting career aged seven. He landed the lead roles in Holocaust drama The Boy in the Striped Pyjamas at 10 and Martin Scorsese’s Hugo at 13. Other film credits include Journey’s End, X+Y, Greed, Son of Rambow and Miss Peregrine’s Home for Peculiar Children. He stars as teenager Otis Milburn in the hit Netflix comedy Sex Education and is currently filming its third season.

How is shooting going on Sex Education?
It’s something of a miracle being back on set. When we started, it was a bit like being let out of prison. It was the first time anyone had been in a big group of people for months and we were all overexcited. We’ve slipped into the rhythm of the new normal now. To work is a blessing. I won’t take it for granted again.

What can you tell us about season three?
There’s a bit of a time-jump since the season two cliffhanger. Otis is back at school but he’s got different things on his plate. He’s grown up a bit and become slightly more sassy. It’s been fun to portray his newfound charisma. Don’t worry, though, he’s still tragically awkward too.

Doesn’t Otis have some new facial hair?
We got snapped by paparazzi while filming and people have been freaking out about Otis having a moustache. I can exclusively reveal it’s not real. It’s a stunt ’tache. And thankfully it doesn’t last the whole season. I don’t think anyone could bear looking at that thing for long.

Fans are very invested in the unrequited love between Otis and Maeve [played by Emma Mackey]. Do you feel their pain?
Absolutely. People get quite cross when we tease them and stretch it out. Their relationship continues to develop in season three. We also explore why Otis was running his sex therapy clinic in the first place. Was it just to be close to Maeve or does he get fulfilment from helping people?

Is the series a force for good in terms of tackling issues and normalising insecurities?
Definitely. It spreads positive messages and opens up important conversations – about sexuality, bodies, mental health. It’s always difficult for parents and children to talk about these things. Our show deals with them in an authentic, lighthearted, non-judgmental way. I wish it had been around when I was a teenager. People have told me how much it’s helped them – whether it’s coming out to their parents or boosting their confidence. It reassures people that they’re not weird or alone. Everyone’s got quirks and hang-ups.

What’s it like being the on-screen son of Gillian Anderson?
She’s a legend. Me and Gillian have a real laugh on set. I’ve not seen The Crown yet, but when we were shooting season two of Sex Education, she was doing her prep and showed me her prosthetic makeup. Thankfully, she hasn’t used her Thatcher voice to tell me off. Not yet, anyway.

Last year you starred alongside Steve Coogan in Greed, Michael Winterbottom’s film about a high-street fashion mogul. How was that?
Shooting in Mykonos was fun. We stayed in the same hotel where we were shooting, and because of Michael’s naturalistic, improvisational method, it was a bit like reality TV. I’d open my door in the morning and there would be a film crew outside, shooting a scene in the corridor. Steve was brilliant. He had these overly white teeth, a whole load of fake tan and played a complete arsehole. It was hilarious to watch up close.

You started working very young. What were the ups and downs of being a child star?
I missed out on parts of growing up and had to mature faster in some ways. But I went to school as normal, which I’m grateful for. I never felt alienated from my peers. Some of my best friends are from school. I wouldn’t change it.

Did you ever think acting would become a long-term career?
In my early roles, I didn’t totally know what I was doing. You don’t overthink things as a kid. It was like playing make-believe. It wasn’t until working on Hugo that I understood the process of film-making. Marty [Scorsese] would tell me about cinema history and give me films to watch at the weekend. It was the ultimate education. That captured my imagination and made me think maybe I could do this as an adult.

What’s in the pipeline after Sex Education?
There are some exciting potential projects, but it’s hard to make plans at the moment, especially if they involve travel. There’s a film adaptation of Stephen Fry’s novel The Liar, which I’m hoping gets made. It’s one of my favourite scripts in ages. I’ve also written a treatment for a TV comedy with a friend, which has got some momentum.

You’re a semi-pro gamer as well, aren’t you?
I’ve always loved gaming, both as entertainment and as a social thing. I’ve made lots of good friends through the gaming community. During lockdown, playing online was a great way to stay connected. I’ve signed up with an esports team. The tournaments are wicked – like a sports events meets a music concert, in terms of spectacle and energy. Super Smash Bros is the one I’ve played the most competitively. My main character is Donkey Kong. He’s my guy.

Do you meet many other Asas?
There’s so few of us, it’s always a moment when you meet another. We tend to chat about the ridiculousness of our name, how people spell and pronounce it wrong. There’s unity between Asas.

How did you cope during lockdown?
I’ve been lucky. I share a flat with my brother and our two cats. We kept ourselves busy. We have a band called Mambo Fresh, so we jammed a lot. I mainly play bass, but also piano and drums. We binged the whole of Mad Men. I did some cooking too. I make a mean peanut Thai curry. Waffles are my other speciality.

Did you take up any new hobbies in lockdown?
I’m not sure you could call it a hobby, but I tried to teach the cats to use the toilet. I bought this kit online. You get a toilet-shaped litter tray, then gradually move it nearer the loo, then put it on top and cut holes in it until they’re just sitting on the toilet seat. We managed about three days. There was cat litter all over our bathroom floor. It was horrible. When I stepped out of the shower and put my foot in it, that was the last straw.

What will be the first thing you’ll do in a newly Covid-free Britain?
Listen to live music and have a dance. Give my friends a big sweaty hug and a slobbery kiss on the cheek. 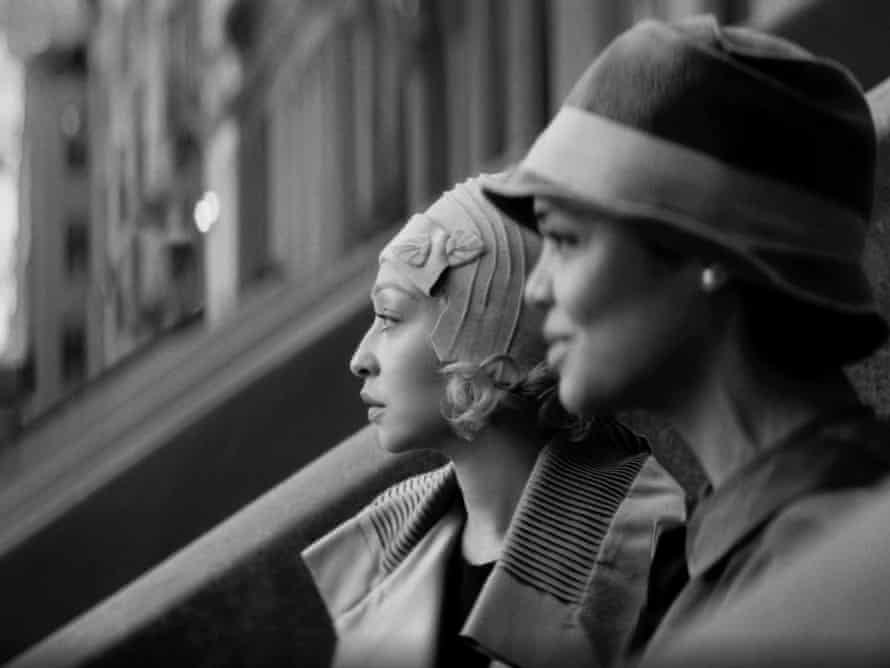 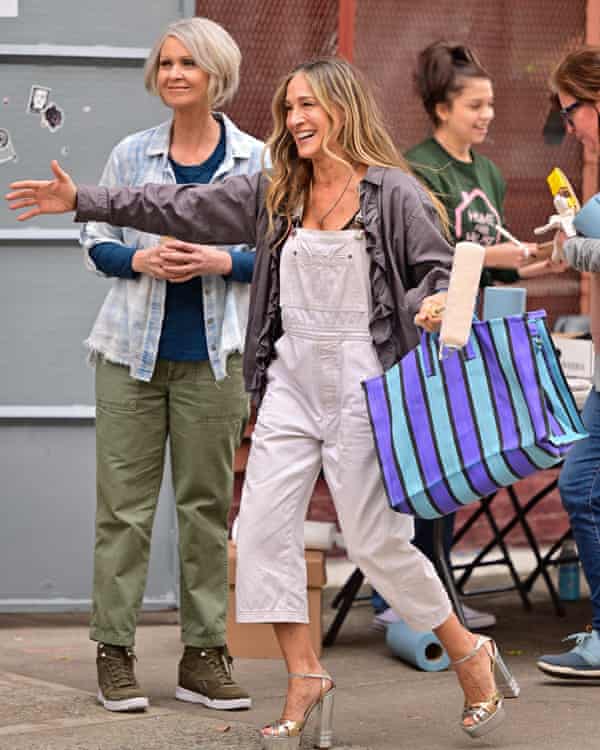 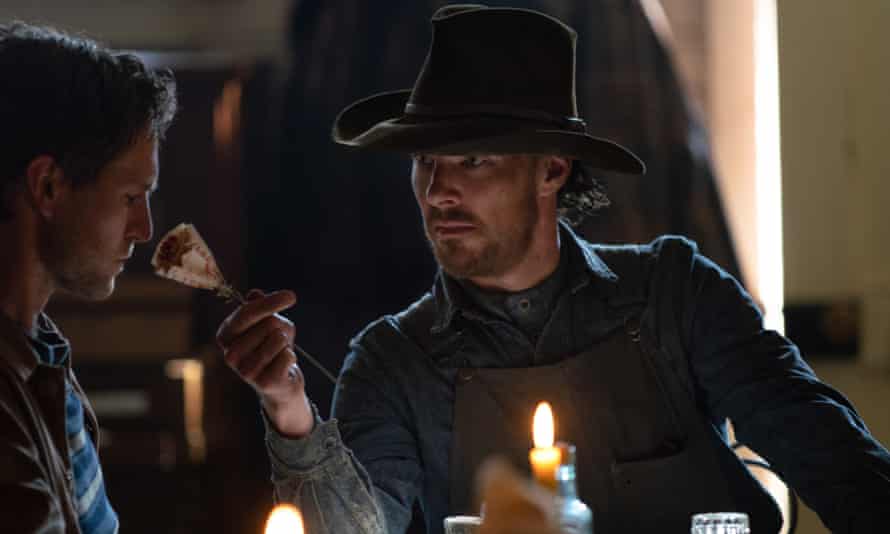