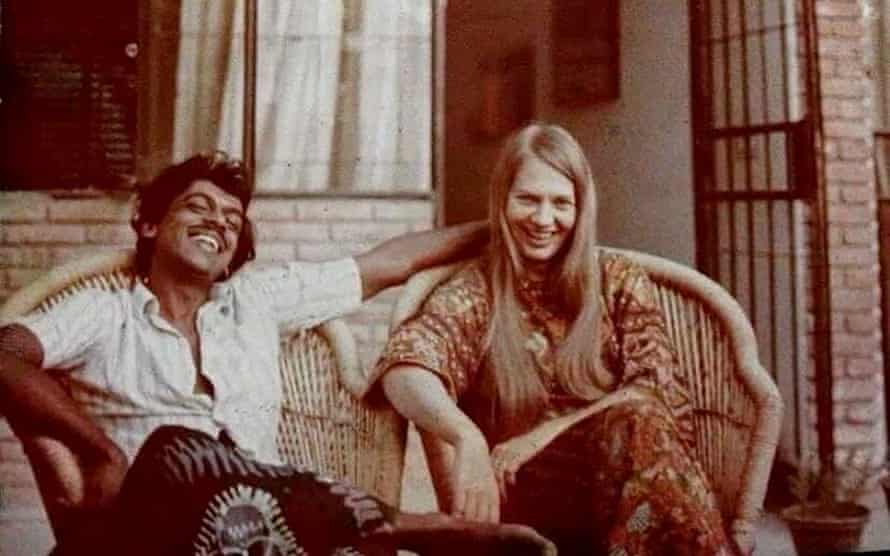 At the village of Kasegaon, in India’s rural western region of Maharashtra, huge crowds turned up for the funeral in August of a US-born, white sociologist whom many local people saw as one of their own.

Most of the mourners were Dalits, who belong to the lowest caste in Indian society, previously deemed “untouchables”.

Gail Omvedt, who had made Kasegaon her home for more than 50 years and died there aged 80, was a prominent figure in the anti-caste and women’s rights movement. She championed the most marginalised in Indian society. As one scholar put it, she “truly practise[d] what feminists call prefigurative politics, ie, live by your principles”.

Omvedt renounced her US citizenship in the 1980s. She wanted to live, marry and die among the people she fought for and wrote about.

“[She] left all her US socio-cultural privilege [to] work for Indian Dalits,” says Somnath Waghmare, a Maharashtra-born film-maker who worked closely with Omvedt while making a documentary about her life, which is yet to be released. “Indian Dalits love and respect her by [their] hearts.”

Waghmare says about 1,000 people attended Omvedt’s funeral. Her death drew media attention in India and around the world, as scholars and activists paid tribute to a sociologist who was unique in her field.

Gail Marie Omvedt was born on 2 August 1941 in Minnesota. Her PhD in sociology from the University of California, Berkeley, focused primarily on Savitribai Phule, who was known as the mother of Indian feminism, and her husband, Jyotirao Phule. The Phules, who came from Maharashtra, were among those leading the Indian anti-caste struggle and had dedicated their lives to what was known as the major non-Brahmin population.

Omvedt, who was involved in anti-Vietnam war protests while living in the US, moved to India in the 1970s and settled in Maharashtra, marrying into a family of freedom fighters. Her husband, Bharat Patankar, is the son of activists Indumati and Krantivir Babuji Patankar. Omvedt learned to speak flawless Marathi, the local language, and also spoke Hindi.

Cynthia Stephen, Indian writer and poet, describes Omvedt’s intellectual legacy as unique and unparalleled. “It begins with her own journey growing up during the civil rights movement in the US and then being inspired by her teacher to study the anti-caste people’s movements in India.

“But what is even more notable is how she was able to transcend her colour, caste, class and educational privilege, practically throw all these advantages away, and blend in with the lives of the rural working classes, the women, and the Dalits and the Adivasis, identifying with them to a degree that even most Indians didn’t,” she says.

Bharat Patankar and Omvedt worked on local and national causes and co-founded Shramik Mukti Dal, or Toilers’ Liberation League, which started a mass social movement across India, highlighting the cause of farmers, drought-hit villages and dam-displaced communities. Omvedt dedicated most of her energy to gender and the women’s movements. She was also a scholar of Buddhist philosophy.

Omvedt was also known for her work on BR Ambedkar, the social reformer and father of India’s post-independence constitution.

Stephen, who is also a gender and development policy researcher, said Indian scholarship, “in thrall to both Brahminical worldviews and the powerful influence of left-oriented ideologies, mostly completely ignored the work of all anti-caste and lowered-caste thinkers and writers”.

“It was because of the work of scholars like Gail … Eleanor Zelliot and Rosalind O’Hanlon that these works saw the light of day and came into the academic limelight. So the world owes a debt to these women who brought the best of intellectual traditions but also an anti-colonial perspective to the scholarship and intellectual outputs of the Dalit-Bahujan scholarship in India, most of which was largely ignored by the Indian academy.”

Omvedt wrote more than a dozen books, most notably Dalits and the Democratic Revolution: Dr Ambedkar and the Dalit Movement in Colonial India, which, says Stephen, “spans two centuries of struggle by the lowered castes, right up to the last days of Dr Ambedkar’s life and work”.

“This is of particular importance as it highlights the fact that the common people were very much in the vanguard of the struggle for liberation, not only from the British colonisers but also from the social, political and religious structures, which were exploiting them for generations and centuries,” she says.

Paying tribute to Omvedt, Manisha Desai, head of sociology at the University of Connecticut, says: “Beyond her long term and enduring commitment, what was unique about her work from today’s vantage point is how little she focused on issues of individual identities and how much she sought to understand the complexities of each group rather than see them as homogenous entities in binary opposition to each other.”

Omvedt also influenced feminism in India and globally, says Desai. “In India and internationally Gail highlighted the importance of not just colonial but also precolonial gender hierarchies as they were reinterpreted by colonial capitalism, and later postcolonial and neoliberal capitalism; the failures of nationalist movements and of the left in addressing gender justice; the importance of seeing the differences among women, even poor women, Dalit women were not undifferentiated; the importance of access to land for their material wellbeing; acknowledging women’s knowledge and drawing upon local cultural traditions of protest and struggle,” she says.

Desai says Omvedt’s book, Seeking Begumpura, was particularly interesting – Begumpura refers to an Indian utopia for a place with no pain.

“To dedicate your life to a people and struggles in a land far from your own, be at once humble and write theoretically sophisticated texts, truly practise what feminists call prefigurative politics, ie, live by your principles, while you work for the revolution, are remarkable qualities that few practise. It was an honour to have met her,” says Desai.

Omvedt is survived by her husband, Bharat Patankar, her daughter Prachi, who is a US-based feminism and global justice activist, and granddaughter Niya.

Omvedt’s daughter said that from when she was a child, she witnessed her mother’s deep dedication to building bottom-up social movements among ordinary people – for anti-caste, feminist and leftwing transformation.

“My earliest memories are of sitting on her shoulders during marches and rallies through rural and indigenous areas across western India, and singing activist songs with other kids,” Prachi Patankar says.

“The living traditions of Tukaram, Savitribai Phule, BR Ambedkar, this was our everyday culture. My mum instilled in me the commitment to carry forward the legacy of this political work – linking class and gender justice, caste and racial justice, all – to carry this forward, wherever I am, throughout my own lifetime, towards the shared dream of Begumpura.” 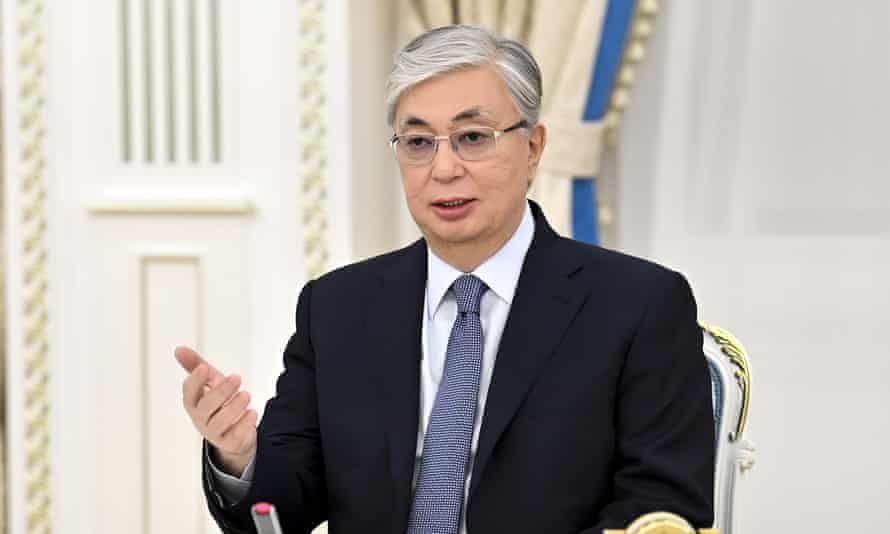 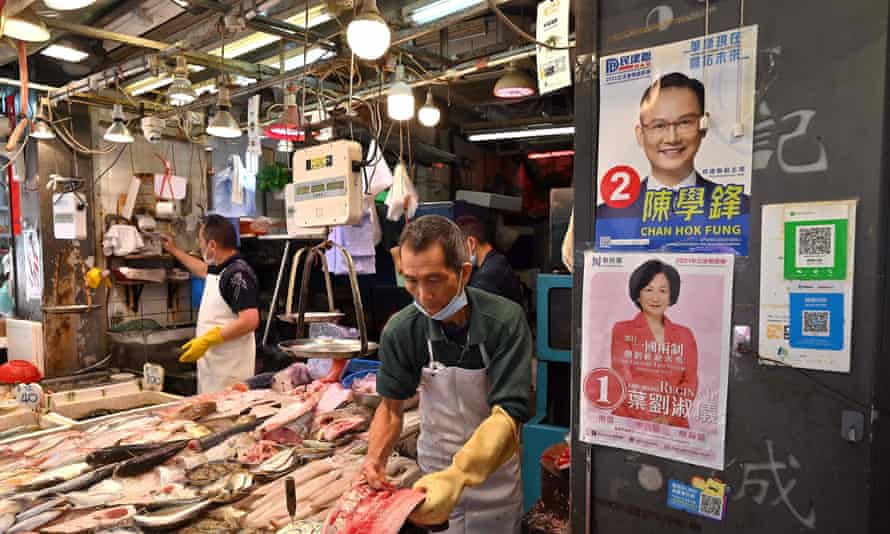 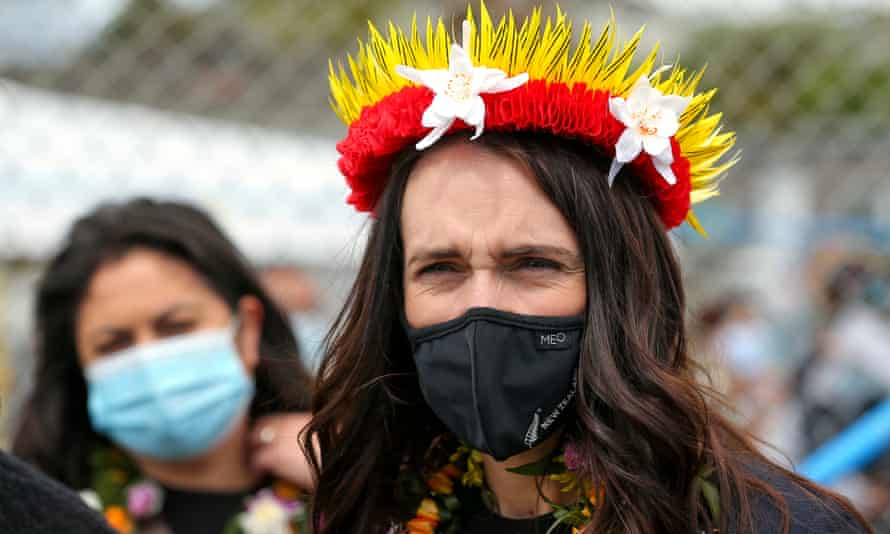 2 thoughts on “Gail Omvedt: US sociologist who ‘lived by her principles’ among India’s poor | Global development”