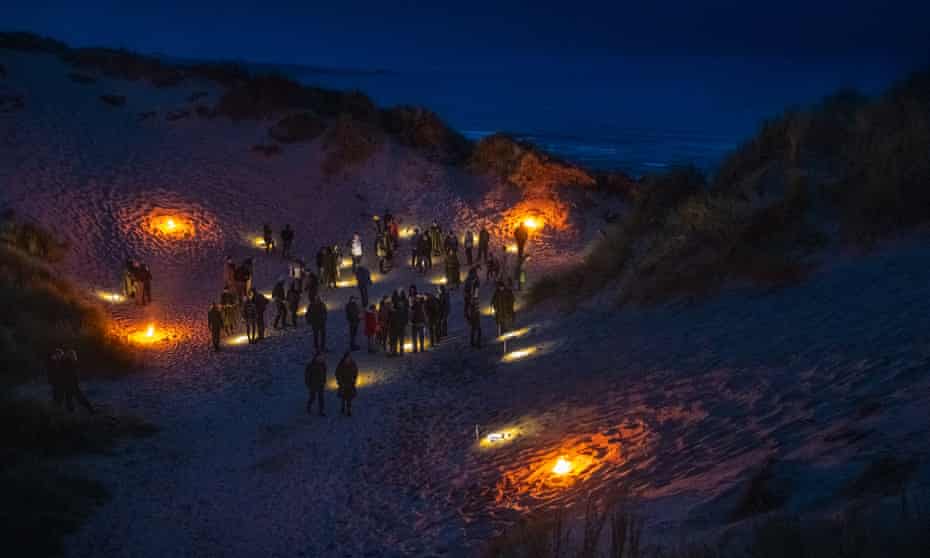 Lanterns pick out a path through the dark marram grass. The constellations are clear above crescent-shaped Lunan Bay and the trees are floodlit. One sandy hollow in the dunes, a natural amphitheatre, is studded with flickering fires. Xylophone players pick out bone-dancing music and a soundtrack of unearthly growls and crashing waves resolves into choral singing. This is Over Lunan, an outdoor theatrical event on the east coast of Scotland.

I’m staying about 10 miles south, in Arbroath, and the show is part of the town’s delayed 2020+1 festival marking the 700th anniversary of the 1320 Declaration of Arbroath. As well as cultural attractions, the area has more sunshine, no midges and fewer crowds than the west coast. At the end of Over Lunan, we all climb over the dunes on to the beach, where cloaked figures are watching from the cliff and a harvest moon is turning the tranquil sea to liquid silver. It’s the first of many goosebump moments on a trip that turns out to be full of them.

Incredibly, there are regular buses to within a mile of this rural beach, even on a Sunday. More unusual still, there are buses away again until after 10pm. Public transport in Scotland is often much better than in England, although train travel here has been hit by Sunday strike action for the last few months. I wasn’t looking forward to the two-hour Megabus journey from Glasgow to Dundee to get here (tickets from £5.10), but it was surprisingly painless with distant Stirling Castle, the Ochils, and Dundee’s V&A museum, flashing past in the evening light.

Next morning, the new cafe and restored fernery behind the pink sandstone towers of Hospitalfield House in Arbroath are a great contrast to the gleaming “cliff” of Dundee’s design museum about 20 miles west. The walled garden at Hospitalfield is bright with asters and marigolds, fragrant with sweet peas and late-summer lavender. It is newly recreated, but reflects the site’s medieval roots as a monastic hospital; the cafe uses veg, fruit and herbs grown here in fresh, contemporary dishes or homemade cakes to go with locally roasted coffee from Sacred Grounds. The cafe and garden are open Thursday to Sunday and buses 39 and 73 stop regularly outside the gates (£6 garden entry, £9 house tours).

Woodsmoke drifts through the lobster pots near the harbour and I follow my nose to buy a fresh smokie, still warm from the kiln

The arts and crafts house is a neo-gothic fantasy of turrets and step gables and yet feels like part of the landscape. I am not generally a fan of house tours, but a guided wander through the rooms reveals unmissable interiors. The walls are covered with paintings, tapestries or gilded leather wallpaper; the drawing room ceiling is carved into dozens of intricate pictures of flowers from the Hospitalfield estate, from bindweed and hops to dahlias and daffodils. Nineteenth-century artist Patrick Allan-Fraser married the estate’s heiress Elizabeth Fraser and founded a visionary school of art that still thrives today. A multi-faceted development project includes new accommodation, which should open in 2023.

Ten minutes away on bus 39, the visitor centre at 12th-century Arbroath Abbey recently reopened with a new permanent exhibition that explores the history of the abbey. A suspended shower of arrows rains down towards a copy of the declaration with a cutting-edge audio-visual display (£4.50/£2.70 for adults/children).

In 1320, Scottish Barons wrote this letter to the pope asking him to recognise Robert the Bruce as rightful King of Scotland. “It is in truth not for glory, nor riches, nor honours, that we are fighting, but for freedom – for that alone, which no honest man gives up but with life itself.” The abbey’s souvenir guide (£1.50) comments delicately that this “… plea for the recognition of Scotland’s autonomy continues to resonate today”. The red-walled abbey is closed, but I get a good view and sense of it from outside and through the exhibition windows.

Almost the only thing I knew about Arbroath before I arrived was that smokies are produced here: pairs of salted haddock, tied by their tails, are hot smoked in barrels of burning wood chips. Woodsmoke drifts through the lobster pots near the harbour and I follow my nose to buy a fresh smokie, still warm from the kiln, and eat it on an empty stretch of beach in the area known as Fit o’ the Toon. Pudding is homemade Italian ice-cream – chunky marmalade and foraged bilberry in a double cornet – from Marco’s on the Shore. Next door, the smart Harbour Nights guesthouse (doubles from £70 B&B) has wrought-iron balconies and geranium window boxes, and offers smokies with poached eggs for breakfast.

The Signal Tower nearby was built in 1813 to send messages to the Bell Rock lighthouse, 11 miles offshore. The tower is now a museum (free), charting the construction of the world’s oldest surviving sea-washed lighthouse.

The locally quarried rose-coloured sandstone conjures up pink cities around the globe, Petra or Jaipur …

Arbroath’s high street is no exception to the malaise afflicting towns across the UK, but there are still craft bakeries and family butchers among the whitewashed windows. At Angus Cycle Hub (cycle hire £20 a day), near the old Corn Exchange (now a Wetherspoon’s), they save old bikes from landfill and recycle them into new bikes. They also repair and service bikes, and organise free social rides on Saturdays. Arbroath and Dundee are on National Cycle Route 1, which runs from Dover all the way to the Highlands, and the hub can recommend lots of local rides.

Sammy Reid opened her plastic-free shop Sea No Waste, on Keptie Street, near the railway station, three years ago and it has just won an award as Scotland’s eco store of the year. I buy natural soaps made near Lunan Bay to take home. With coastal sunshine and woodsmoke blowing up from the harbour, the town has a utopian feel. Even the bus station cafe, Papa J’s, has a riverside garden.

Wandering north, I reach the well-kept Western Cemetery (buses 27 and 140 stop near the gate). Rising above the graves is Arbroath’s answer to the Taj Mahal: a red sandstone mortuary chapel that Allan-Fraser built in memory of his wife after she died in 1873. It is worth making the effort to see inside. Guides from Hospitalfield visit the chapel as part of their programme of Meanders and can organise tours for groups. There are delicate carvings everywhere: curling ferns, pairs of birds, rows of seashells, owls in the carved ivy, or a stone cat peering out of roses at a mouse in a cornfield on the next column. The effect is grander than this sounds: the locally quarried rose-coloured sandstone conjures up pink cities around the globe, Petra or Jaipur, while the carvings rival chapels like Rosslyn near Edinburgh.

By the time I get back to Arbroath, the comfort-food quality of a Scottish pub supper makes perfect sense: Stornaway black pudding with beetroot chutney

Next day, I head to the fishing village of Auchmithie, original home of the smokie (bus 140). At the But’n’Ben restaurant, in a whitewashed cottage, I have a smokie pancake with double cream sauce (£14.95) and then a bowl of local strawberries (£6.75) to set me up for the five-mile walk back to Arbroath. The sandstone cliffs are weathered into caves and pillars with resonant names, such as Deil’s Heid and Mermaid’s Kirk.

After a couple of clifftop miles through field-edge flowers, steps lead down on to the beach and the breakers are suddenly much closer. There is a smell of wave-churned kelp, spray on my face and pebbles rolling noisily over each other in the surf, percussive and elemental. There is a bleached tree trunk on the sand, like a giant bone, a red rocky arch called Castle Gate, and sand martins chasing each other along the cliffs.

By the time I get back to Arbroath, the comfort-food quality of a Scottish pub supper makes perfect sense: Stornaway black pudding with beetroot chutney (£6.75) and a pint of Caledonia Best (£3.95) at the waterside Old Brewhouse are followed by a slice of clootie dumpling packed with raisins and spices (£6.55). The beamed bar has battered church pews and framed maritime knots, and upstairs rooms with harbour views (doubles from £85, B&B).

On my last morning, I have a swim from Arbroath’s West Links beach – and a cup of tea on the sea-facing terrace of the Old Boatyard restaurant before I head to the station. The caravans and McDonald’s near the beach don’t lessen the impact of the wide, wild skies, the miles of sand and water. With a fresh breeze and an east-coast sunrise, it’s another goosebump moment. There are still more to come, looking out of the train window on the journey home: crossing the Tay Rail Bridge, its arches stretching into sea-mist, and racing past and over the island-dotted Firth of Forth towards the distant crags and spires of Edinburgh.

This trip was supported by Hospitalfield. LNER trains take a little over six hours to Arbroath from London Kings Cross (advance tickets from £43.50). More information at visitscotland.com 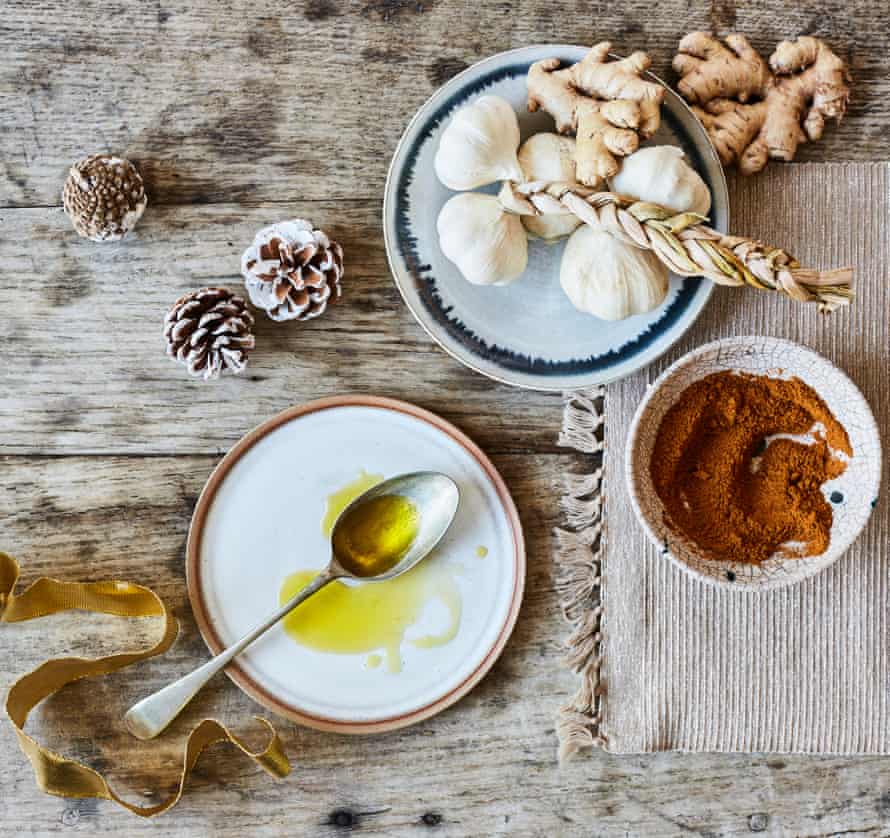 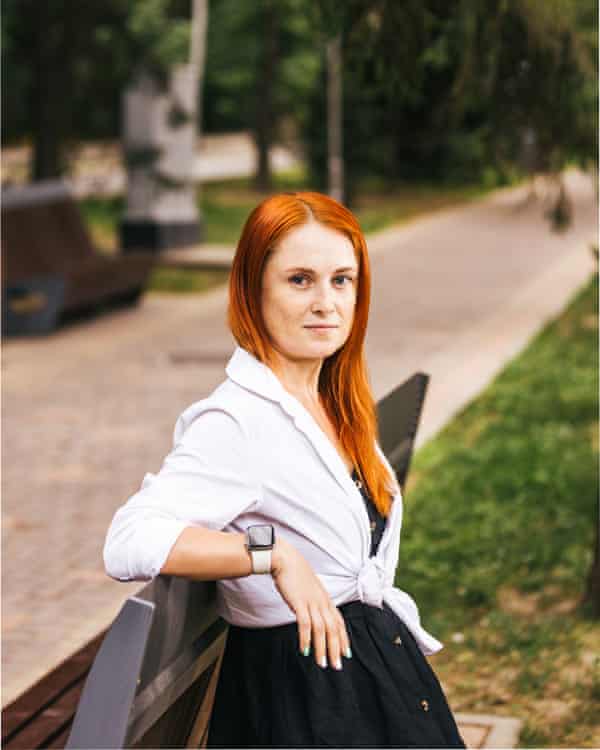 ‘Each life saved issues’: from Romania to Kazakhstan, changemakers are taking a stand on the HIV epidemic | Radian changemakers 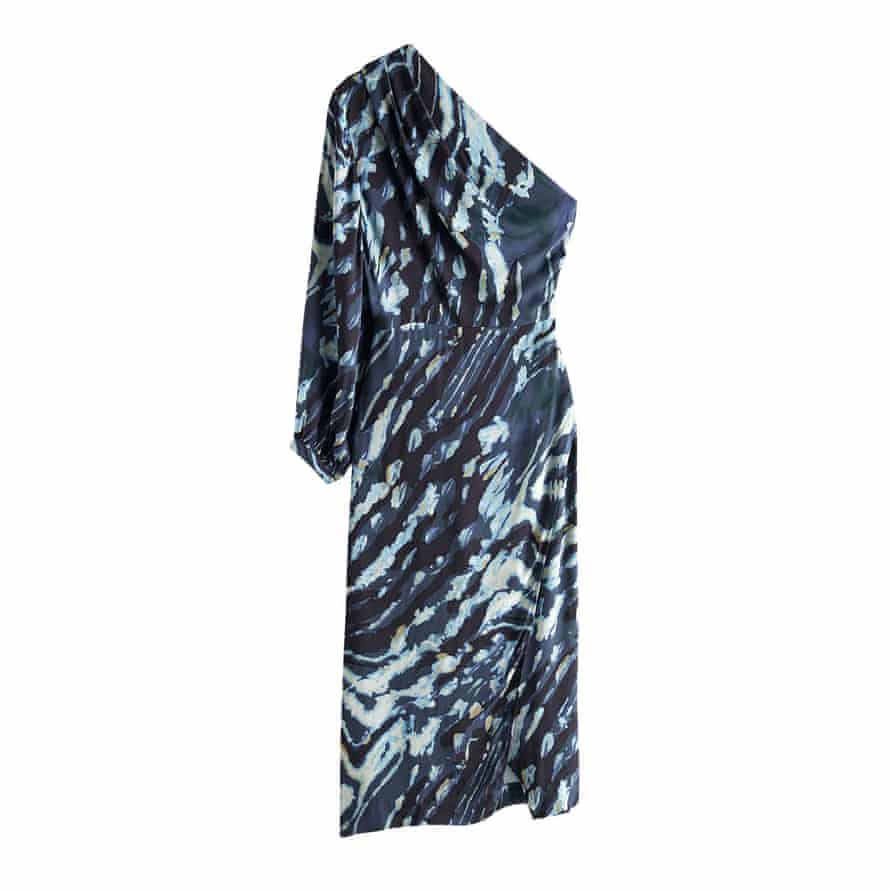 A buying information to one of the best … festive clothes | Vogue