When the Hampstead and Kilburn MP Tulip Siddiq found out she was pregnant with her second child, which must have been roughly nine months and three weeks ago, “I said to Chris, my husband: ‘Thank God it’s [due at] the end of January – that means I can vote.’” She is sitting in the living room of her new home in Kilburn, north-west London. It is homely, because there’s a baby in it, but she and Chris have just moved in, and their only furniture is the gigantic plastic toy kitchen belonging to their two-year-old daughter, Azalea. Chris, she says “told me off, said that shouldn’t be the first thing on my mind. But …” I’m expecting her to say something a bit more predictable, about how obviously the baby comes first. Not so much … “My constituency is 75% remain. I don’t know who the other 25% are because I’ve never met them in my life. I have 22,000 EU nationals in my constituency; every single midwife and doctor I had at the Royal Free hospital, where I had this baby, was European. I can be doing a downward dog in a pilates class, and someone will ask me about their settled status. It’s a really important vote for me.”

As the saying goes, if you want to make God laugh, tell him your plans. The vote on Theresa May’s Brexit deal was to take place on Tuesday 15 January. Due to gestational diabetes, Siddiq was advised to have a caesarean section at 37 weeks – on the same day. Denied a proxy vote, she had two options: she could have been “nodded through” – a weird process in which two Labour whips and one Tory look at you, exchange glances with one another in mutual assurance that you are alive and of sound mind, and then you go home – but she still would have had to turn up at parliament. She could have “paired” with an MP from an opposite party whose vote would have counteracted her own, but she discussed that in a cross-party new-mum-MP WhatsApp group. The Lib Dem MP Jo Swinson had her pairing betrayed by Conservative MP Brandon Lewis while she was on maternity leave in July. “Jo just said: ‘I really wouldn’t trust them. You don’t understand how I felt, breastfeeding my newborn and seeing the pairing had been broken.’” The only way to guarantee her vote would be recorded was to be there in person. So she delayed her surgery.

Seeing Siddiq arrive in a wheelchair caused public outrage – a reminder of how archaic our parliamentary system is that it wouldn’t allow a woman who had been scheduled to have a baby a proxy vote. “Why,” Siddiq asks, “do we expect women to change to suit arcane institutions? Why can’t institutions change?” The scene of her being wheeled into parliament by her husband, then taken into the lobby by Labour MP Clive Lewis (“He’s an army man, he was shooing everyone out of the way”) brought something human to the house – and not just from her own party. Tory MPs David Davis and Nicholas Soames offered solidarity – they expressed great regret at her predicament, and said it wasn’t what they would wish for their own wives. Then came the prime minister. “She was about to lose the most important vote of her life, and she came over and said: ‘I’m really sorry you’re in this position; I regret we couldn’t offer you proxy voting.’ As much as I think she has made policy that has ruined some women’s lives, it was a very humane thing to do.”

The next day, she was granted a proxy vote, the first person in history to be allowed this. Not long after, a year-long trial to allow MPs proxy votes in the case of maternity leave, paternity leave or adoption was announced. Siddiq is stoic, and describes her medical interactions in a doughty, mischievous spirit, where people advise her to rest and there are just 17 things she has to do first. But haring into Westminster the day before a C-section was, plainly, very stressful. “You can’t eat for a certain amount of time, they clean your stomach. I should really have been preparing for all that. Instead, what do I do? I’m sitting in a cab, to go to parliament and have this surreal experience.”

We have this conversation as her baby son, Raphael, lies on her, sleeping. The tableau brings out an intense protectiveness, not because he is so cute, or because she is 4ft 11in, but because he is three weeks old, and she is talking in this completely open, unguarded way and, never mind whether or not the concept of nappy brain is a misogynist conspiracy, it seems incredibly unfair to hold anyone to anything they say, three weeks after they have just had a child, let alone write it down. But she has a superb confidence, born, I think, partly because her constituency is in her bones. She has been a member of Hampstead and Kilburn Constituency Labour party since she was 15 (she is now 36). The seat was held by Glenda Jackson for 23 years, and when she stood for selection Siddiq was advised: “Why don’t you change your name to Tulip Percy?” – her husband’s surname. “There was a real feeling from the outside that the Jewish community wasn’t going to accept me,” she says. A feeling that she knew was wrong, having canvassed with them since she was in her teens. When Jo Cox was murdered, “It was the rabbis who were the first to call me, to see how they could help. I actually do my advice surgeries at JW3 (a Jewish community centre) now, because they have their own security.” As vice-chair of the all-party parliamentary group against antisemitism, her line on the continuing row is: “People who were problematic to begin with, 10 years ago, are still there and they still cause problems. It’s the same cranks with renewed energy.”

Being a home-grown MP, she is much more open and less worried that she’ll get it wrong than other (albeit talented) MPs who have been parachuted in. Siddiq resigned from the front bench when she refused to vote to trigger article 50. She wants a public vote, and, oh, God, the relief of hearing an MP who actually cares about EU nationals, even while she won’t get any votes from them. “I have realised that I have it a lot easier,” she says. “I’m a staunch remainer and my constituency is staunch remain. It’s very different for me than it is for Stephen Kinnock or Ed Miliband.”

Siddiq is from as near as dammit to a political dynasty, just not British politics. Her aunt, Sheikh Hasina, is the prime minister of Bangladesh; her grandfather, Sheikh Mujibur Rahman, was the country’s first president, assassinated in 1975. That is not to say she was raised as a future leader. “My mother was quite discouraging, initially. She was traumatised by what had happened to her father.” It does seem to have given her quite a Teflon attitude, which she has needed, since this connection is also the source of great controversy. Hasina has been repeatedly criticised by human rights groups internationally for claims of political disappearances, detentions without trial, threats by security forces associated with her regime, essentially the hallmarks of a police state. Siddiq, for her part, has been called upon to intervene (by writers in this newspaper), which led to a splenetic exchange with a Channel 4 producer. “Thanks, Daisy, for coming,” she said to the pregnant Daisy Ayliffe, after a reporter asked about Ahmad bin Quasem, a British-trained barrister detained in Bangladesh. “Hope you have a great birth because child labour is hard.” She had to apologise. Now, she says, “I was just trying to humanise the situation, because it had got very heated. It seemed like a good time to say, ‘look, we’re both human beings’.” I wondered what she would say when I ask about her aunt: would she deny the strength of her relationship with her? It would be difficult since Hasina came to her maiden speech in parliament. “I’m personally close to my aunt,” she says. “She was the first to call when this baby was born. She loves the kids. She says I’m like her own daughter.” There is an inconsistency, she points out, that Kinnock (whose wife is the former Danish prime minister Helle Thorning-Schmidt) never gets asked to intervene in Danish politics in the way that she has with Bangladeshi politics. “You don’t get to be where she is by listening to your niece on national security issues,” says Siddiq. “There are two words she’d say to me: ‘Fuck off.’ People need to realise the limitations that I have, how far removed I am from it. When they ask me to intervene, it makes me look a lot more powerful than I am.”

There is clearly a remainer, left-but-not-Corbyn-loyal group of MPs in the Labour party, and I would say Siddiq was in it. But one of the lesser-remarked consequences of the current mess is that only the very obvious cliques and outriders are visible – you can’t really see new political talent coming together. It is hard to say how organised they are – do they even have a WhatsApp group? “Not for left-remainers. But there’s a Women’s PLP group, a BAME one, there’s the 2015 intake, and conversations about Brexit happen in those.”

Siddiq, for her part, is not taking maternity leave. She was doing casework when her baby was three days old: “That won’t wait, I can’t get a researcher to do it; and it’s a privilege to be an MP, I don’t resent that.” (Arguably, she could get a researcher to do casework. But feelings of indispensability are not unique among MPs.) She has been asked how long she wants the proxy vote for: “I haven’t given a straight answer, because I have to see what happens in March,” she says.

Saddiq is comically driven, saying of her husband: “I made him change his career to support mine. So now he’s a freelance consultant in education. Which basically means he can pick up the kids.” It’s the same mix of self-parody and deadly seriousness you can hear in her assessment of the last few weeks: “I’m dragging parliament into the 21st century, from my hospital bed.” 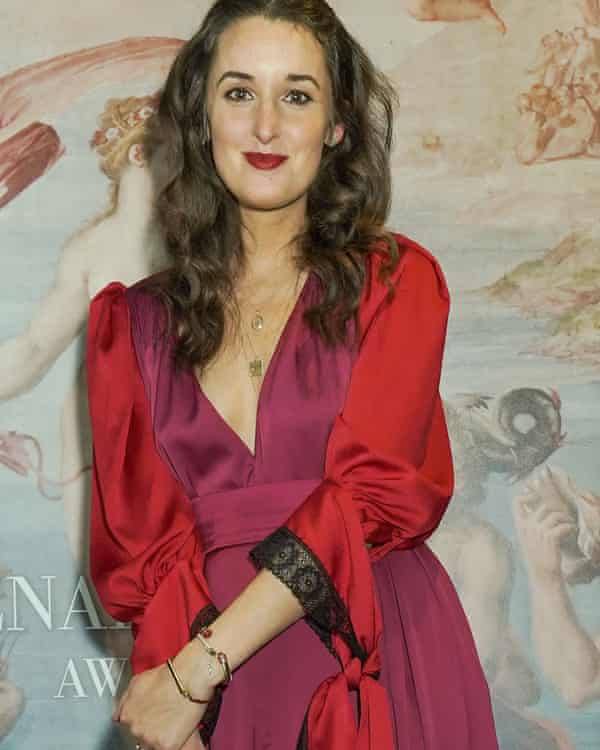 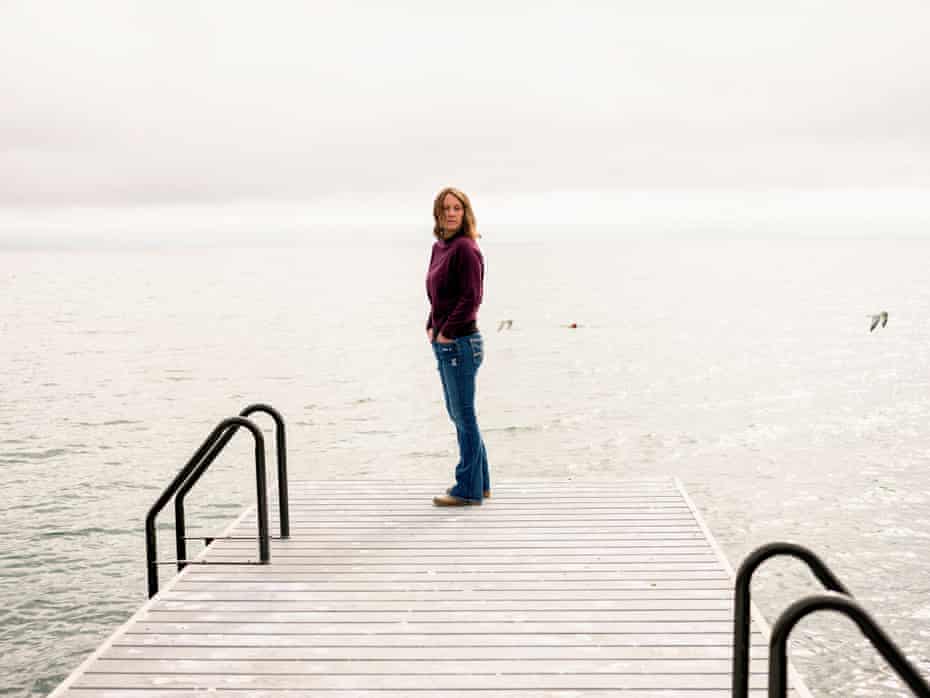 She killed her ex-husband in self-defense. Can she now discover peace? | Ladies